Complete a free online enrollment application to find out if you’re eligible to pay only $49 per month for your Vyvanse medication.

Complete a free online enrollment application to find out if you’re eligible to pay only $49 per month for your Vyvanse medication.

Vyvanse is a prescription drug containing lisdexamfetamine dimesylate as the active ingredient. It is FDA (U.S. Food and Drug Administration) approved for the treatment of ADHD (attention deficit hyperactivity disorder) in adults and children 6 years of age or older, as well as to help manage binge eating disorders in adults. Lisdexamfetamine dimesylate is converted in the body to dextroamphetamine which is one of the active ingredients in Adderall and Adderall XR.

The recommended starting dosage for adults is 30 mg. The dosage can be increased by 10 to 20 mg weekly until the most effective dose is achieved. The maximum dosage is 70 mg per day.

Vyvanse is used to treat moderate to severe binge-eating disorder (BED). First-line treatment for BED is usually a different form of psychotherapy however, medications are also used with therapy, or as a first-line treatment when therapy is not available or wanted.

Vyvanse has been shown to reduce the number of binge-eating episodes. It does this in a similar way as it does to help people control ADHD symptoms. Increasing nerve activity in the area of the brain responsible for impulse control helps give people more control over their impulsive eating.

Vyvanse is approved to treat ADHD in children and adolescents between the ages of 6 and 17 years. Vyvanse can prevent growth in children, so weight and height will be monitored. Vyvanse treatment may be stopped if your child is not growing or gaining weight.

Vyvanse may cause problems if you have certain medical conditions such as high blood pressure, glaucoma, heart disease, or an overactive thyroid. Vyvanse may not be recommended if you have heart problems such as an irregular heart rate, or a family history of sudden death.

Other medical conditions may require closer monitoring for side effects, (such as sudden death, stroke, and heart attack in adults, or sudden death in children who have serious heart problems or heart defects, increased blood pressure and heart rate) especially if you have circulation problems, suffer from seizures, have a severe mental illness such as psychosis, bipolar disorder, or have depression.

Vyvanse is classed as a controlled substance due to its high potential for drug abuse, dependence, and withdrawal symptoms when discontinued.

How to take Vyvanse

Vyvanse is taken once daily, in the morning, with or without food. Vyvanse is long-acting, for up to 14 hours.

How long does it take Vyvanse to work?

This is normally after 2 hours with the maximum effects occurring 1 – 3.5 hours after taking a Vyvanse capsule. Taking Vyvanse with food will delay its maximum effects by an hour.

How long does Vyvanse stay in your system?

Vyvanse has a half-life of 12 hours, but you should see benefits from a single dose for up to 14 hours. It will take 2 to 3 days for your body to completely clear Vyvanse from your bloodstream.

What happens if I miss a dose of Vyvanse?

Take a missed dose as soon as you remember however, Vyvanse is a long-acting stimulant and a dose taken in the late morning or afternoon could cause sleeplessness at night. Seek medical advice if you are unsure as to the cut-off time.

What is the maximum dosage for Vyvanse?

The maximum daily dose of Vyvanse is 70 mg per day. Do not exceed this Vyvanse max dose.

Can you overdose on Vyvanse?

Yes. A Vyvanse overdose can be fatal. Call a poison helpline and get emergency medical attention if you suspect an overdose or if you have any symptoms of an amphetamine overdose, such as restlessness, overactive reflexes, hostility, panic, fast breathing, tremor, muscle pain, muscle weakness, confusion, hallucinations, seizures, or coma.

What interacts with Vyvanse?

Tell your healthcare provider about all prescription drugs and over-the-counter medications and supplements you are taking.

What are the side effects of Vyvanse?

Common side effects of Vyvanse include restlessness, dry mouth, loss of appetite, and weight loss.

Serious side effects include cardiovascular problems, such as high blood pressure, psychosis, or manic symptoms.

What happens when you mix Vyvanse and alcohol?

Alcohol is a central nervous system depressant and has the opposite effect of Vyvanse, which is a CNS stimulant. Mixing alcohol with Vyvanse and other stimulant medications can cause an increased heart rate, chest pain, high blood pressure, anxiety, and depression as well as increasing the risk of serotonin syndrome.

Is it safe to take Vyvanse during pregnancy?

Vyvanse has been linked with premature delivery and low birth weight. Amphetamines are passed into breast milk and nursing mothers are encouraged to not take Vyvanse or stop breastfeeding due to possible adverse effects on the baby.

There is a pregnancy exposure registry that monitors pregnancy outcomes in women exposed to ADHD medications during pregnancy. Healthcare professionals are encouraged to register patients by calling the National Pregnancy Registry for Psychostimulants at 1-866-961-2388 or visiting online at https://womensmentalhealth.org/clinical-and researchprograms/pregnancyregistry/adhdmedications/. 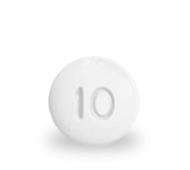 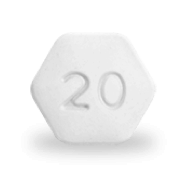 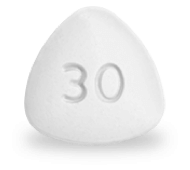 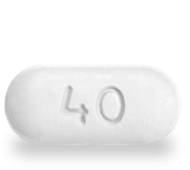 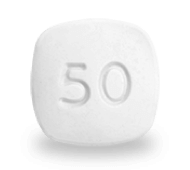 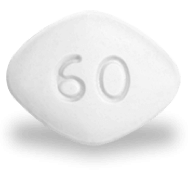