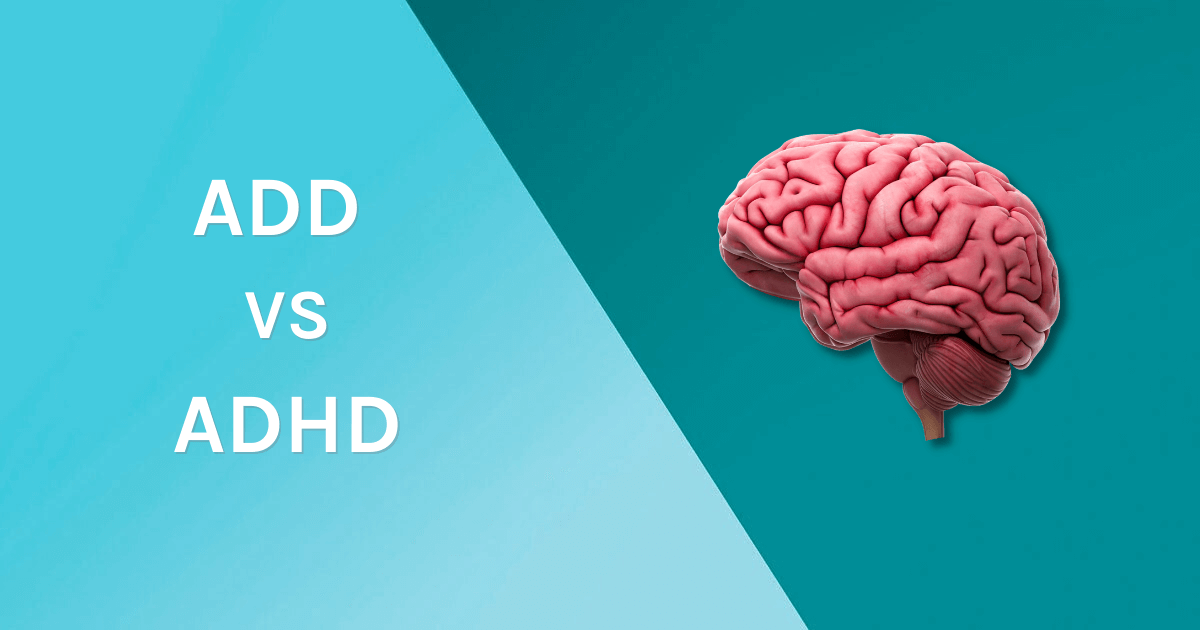 Have you heard the term ADD used instead of ADHD and has it caused you confusion? That’s because ADD is an outdated term that is rarely used these days. The symptoms of the two conditions set them apart from one another, therefore it is important to define them separately. We cover the differences between the two terms, including their symptoms, diagnosis and treatment.

ADD is the abbreviation for Attention Deficit Disorder. It was first used in 1980 to describe children that had a hard time paying attention and named the condition ADD in the Diagnostic and Statistical Manual of Mental Disorders. As time went on experts also noticed some of these children struggled with hyperactivity and impulsivity. At this point, all symptoms were combined into one group and renamed ADHD (Attention Deficit Hyperactivity Disorder) and the American Psychiatric Association (APA) stopped using the term ADD in 1987.

The combined type of ADHD shows a mixture of inattentive and hyperactive/impulsive type symptoms and behaviors.

Diagnosing ADHD requires an in-depth analysis of an individual’s symptoms of ADHD, their medical history, including any mental health conditions, and their academic, social, and emotional development.

This evaluation is completed by qualified clinicians who can then make an ADHD diagnosis based on criteria from the Diagnostic and Statistical Manual, 5th Edition (DSM-5), which is used by mental health professionals in the United States to diagnose all psychiatric conditions.

Treatments for ADHD may include medications such as:

These drugs reduce the symptoms of ADHD by working on the central nervous system. They increase activity in areas of the brain that help with concentration and behavior. They work specifically on the brain chemicals dopamine and norepinephrine. Dopamine in particular is involved in allowing you to feel pleasure, focus, and find things interesting.

Some useful websites to start are CHADD https://chadd.org and American Academy of Child & Adolescent Psychiatry www.aacap.org

Get your brand name medication for only $49 per month through NiceRx.