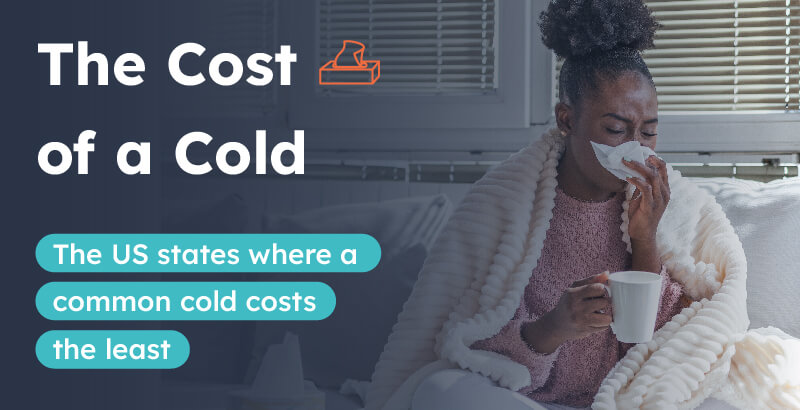 The Cost of a Cold

The US states where a common cold costs the least

The common cold is just that – common. The average adult suffers from two to three colds every year, dealing with symptoms such as a runny nose, coughing, and headaches. While it may be a common occurrence, many of us probably haven’t given much thought to how expensive it can be if you’re hoping to alleviate the symptoms.

Viruses that cause colds don’t respond to prescription medications like antibiotics, so many of us turn to things such as cold and flu tablets and cough syrups to manage the symptoms while our immune systems do the hard work. But the cost of these remedies can add up and can prove to be more costly in some states than others.

We looked at the cost of a number of products that can help to alleviate symptoms including Tylenol Cold+Flu Severe Day/Night Caplets, Vicks VapoRub Cough Suppressant Ointment, and Robitussin Cough + Chest Congestion DM MAX Relief Liquid, as well as the cost of a doctor’s visit.

The states where a cold costs you the least 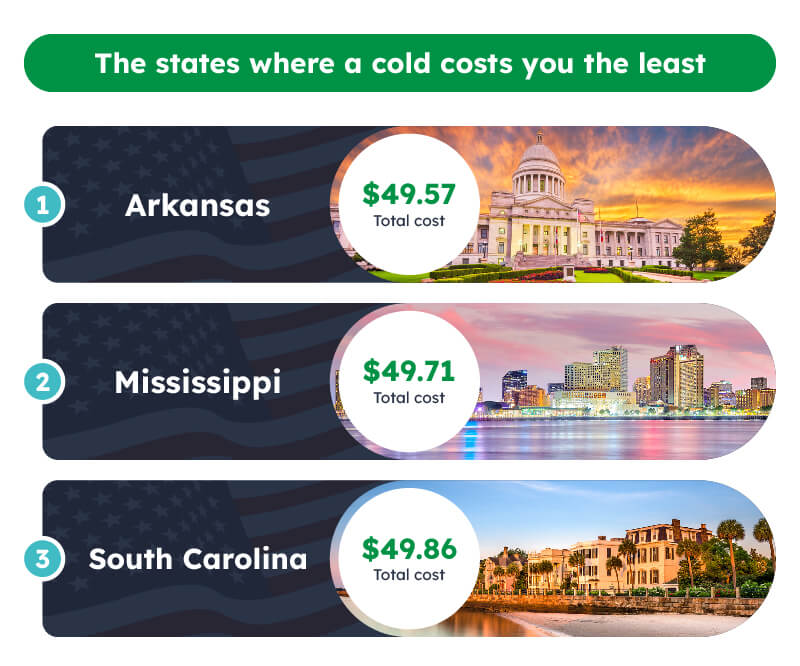 Looking at the cost of the three products as well as the average cost of a visit to a family practice for someone with insurance, we can see which states have the lowest prices for those suffering from a cold.

The southern state of Arkansas tops the list as the cheapest state for the common cold. The product costs are low, but the factor that sits this state at the top of the table is the low cost of a doctor’s visit at $23.90 for an average visit to a family practice with insurance.

Arkansas’s neighboring state of Mississippi has the same product costs and an average doctor’s visit cost of just 14 cents more than in Arkansas, making it a particularly close second.

The state of South Carolina has some of the lowest product costs so those suffering from cold symptoms can treat them cheaply, placing the state in third place.

The states where a cold costs you the most 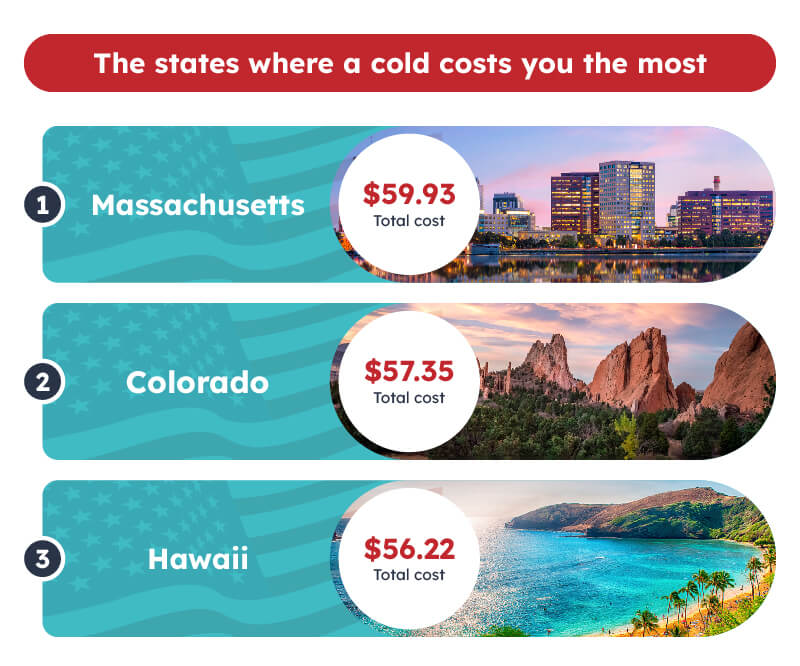 With high product costs and a relatively high cost for a doctor’s visit, Massachusetts tops the list as the most expensive state for a cold. As the home of Harvard University and political dynasties such as the Kennedy family, the state is known to be affluent with a high cost of living.

The Centennial State comes in as the second most expensive state for a cold with Coloradans paying nearly $8 more for a cold on average than Arkansans. While the cost of a cold is high in Colorado, so is household income as one of the wealthiest states.

The state of Hawaii may be something of a paradise, but you can expect the price tag that goes along with that, with the island being the third most expensive state for a cold.

The average cost of a cold

When we look at the prices overall, we can see the average costs for each element. So what does the average cold look like in terms of price?

It is thought that the average adult gets two to three colds per year, so if we take an average of 2.5 colds per year, that would cost each individual $128.85 every year. 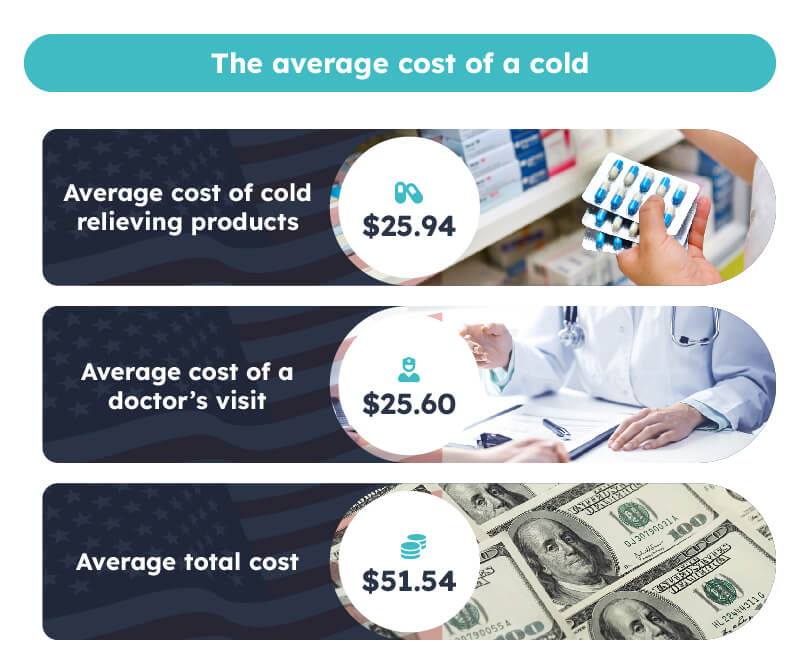 Cost isn’t the only important thing when considering which states are the best to live in when you have a cold. We also looked at the number of paid sick days employees get on average in each state to discover which states offer the best support. 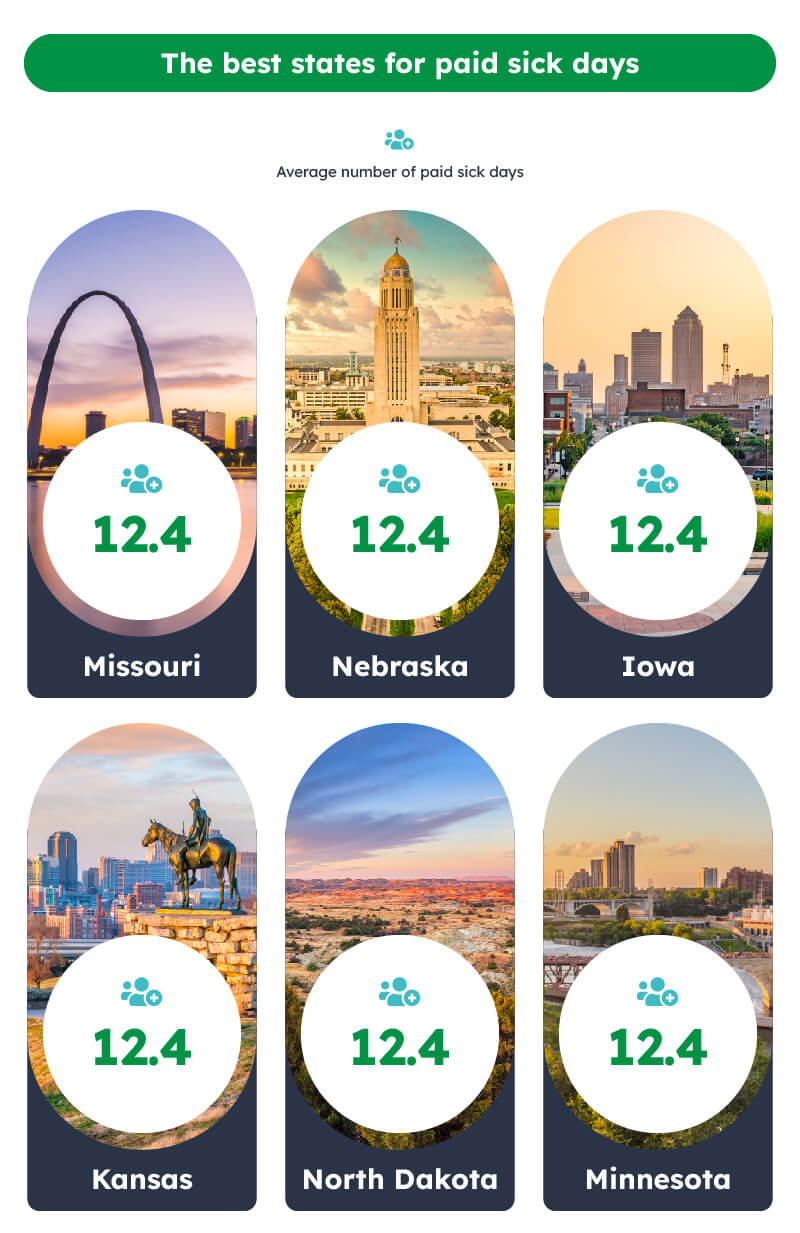 The following states all offer an average of 12.4 paid sick days per year to workers, making these the best states for paid sick leave:

At the other end of the scale, these states offer just 7.8 paid sick days on average to workers, making them the worst states for anyone dealing with a cold or any other illness that requires time off. 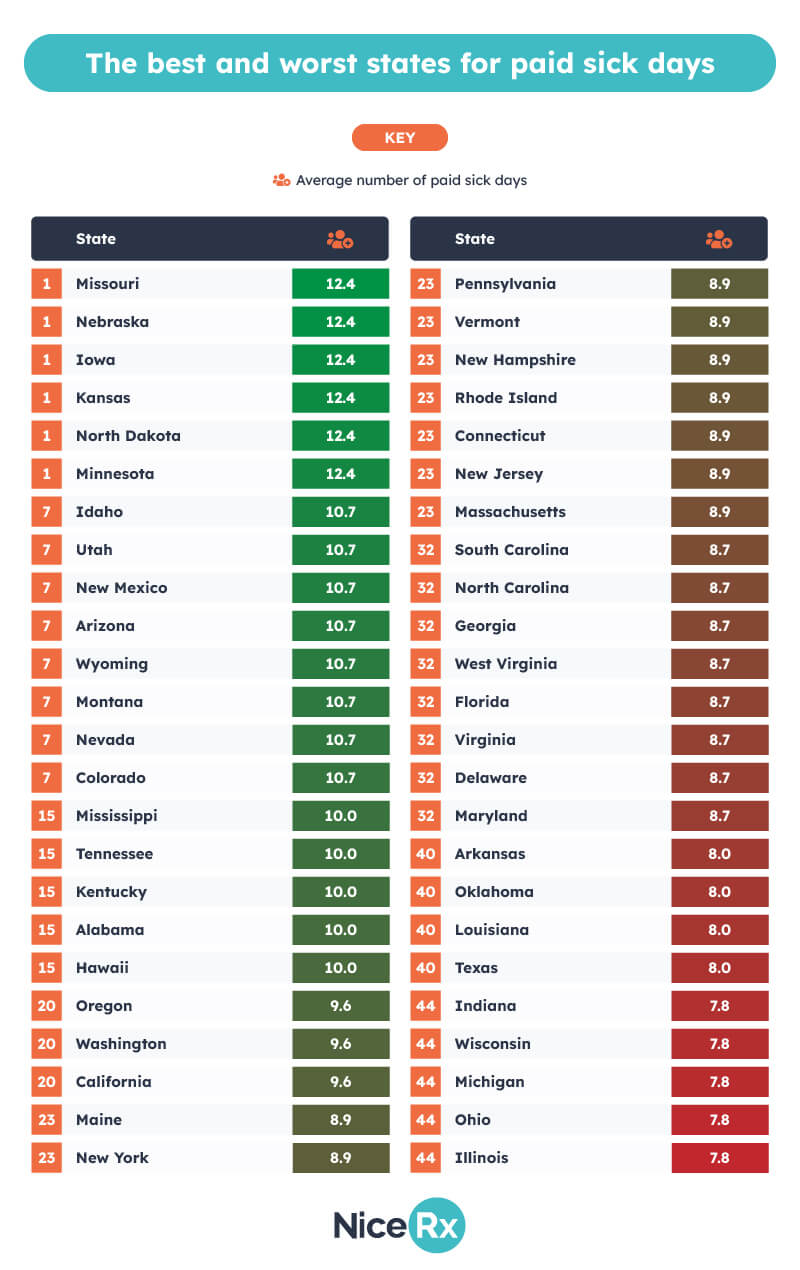 If you’re struggling to pay for your medication, we may be able to assist. NiceRx provides access to FDA-approved medications, including Entresto, Trulicity, Emgality, Dupixent, Trintellix and Vraylar.

Looking at the US states, we delved into the cost of having a cold by combining the cost of popular cold relieving products with the average cost of a doctor’s visit.

The cost of products was taken from Target’s website, choosing a store in the capital city of each state, making sure to avoid stores on college campuses where prices are often marked up. We took the cost for the three products listed below:

The cost of the average visit to a family practice with insurance came from Stacker.

The average number of paid sick days came from Farah and Farah.

Alaska and South Dakota were omitted from the research due to a lack of data for these states.