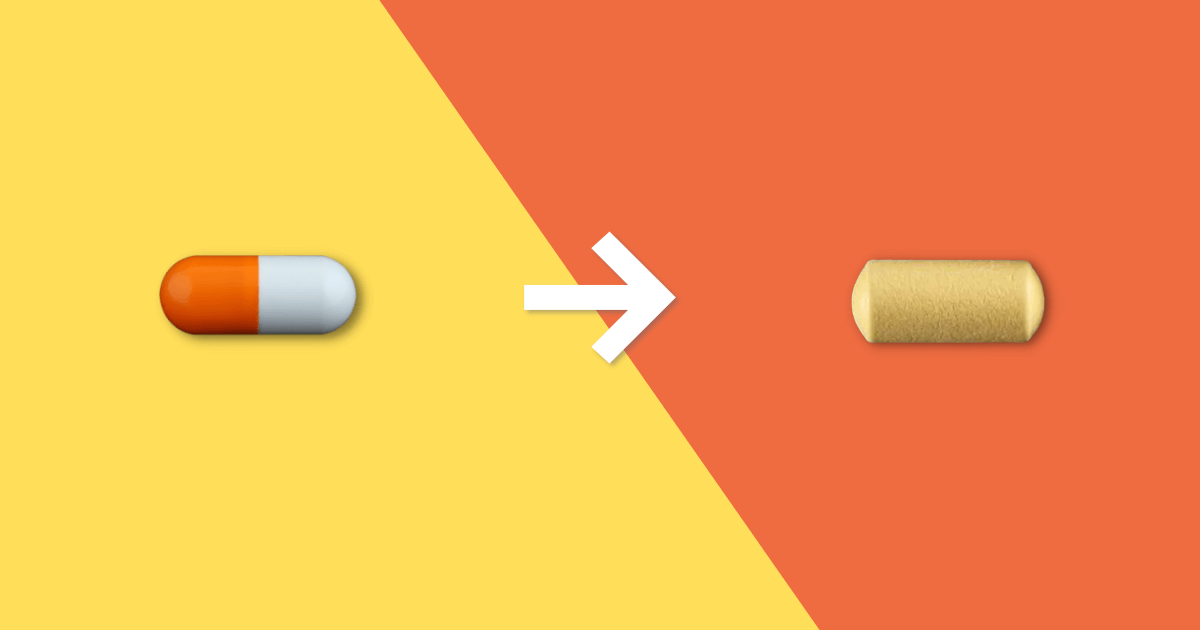 Switching from Adderall to Concerta

There are many types of ADHD medications that your doctor can prescribe including stimulants, non-stimulants, anti-depressants, blood pressure medications, and anticonvulsants. Clearly, there are many treatment options available and it can be puzzling when you are looking to change medication.

Stimulant meds are widely used and Adderall is one of the most well-known brand name drugs used to treat ADHD. Perhaps Adderall isn’t working well for you and your doctor has suggested trying Concerta but you are reluctant to start a new medication. This blog will take a look at how Adderall XR compares to Concerta so you are more informed when talking to your healthcare provider.

The combined type of ADHD shows a mixture of inattentive and hyperactive/impulsive type symptoms and behaviors.

ADHD medication can reduce the troublesome symptoms of ADHD shown above. It is not an easy task to find the best ADHD medication. There are many factors that your doctor will consider when selecting a patient, including their history and genetics as well as the side effects they have experienced with other treatments or substances.

Adderall XR is indicated for the treatment of:

Concerta is indicated for the treatment of:

Concerta treats the symptoms of ADHD such as inattention, poor decision making, and poor impulse control. It can also be used for the treatment of narcolepsy.

Concerta is the brand name of an extended-release form of methylphenidate. Methylphenidate is a central nervous system (CNS) stimulant that is classed as a Schedule II controlled substance. It is a long-acting stimulant, therefore you only need to take Concerta once daily for symptom relief.

How do Adderall XR and Concerta work in the body?

Adderall and Concerta belong to a class of drugs known as amphetamines. By working on the central nervous system Adderall and Vyvanse increase activity in areas of the brain that help you with your concentration and behavior. They work specifically on the chemicals dopamine and norepinephrine in the brain. These neurotransmitters, dopamine, in particular, are involved in feelings of pleasure, focus, and finding things interesting. Stimulant medications reduce the symptoms of ADHD making conditions such as inattention, poor decision making, and poor impulse control much less of a daily problem.

Other prescription drug stimulants that work in a similar way include Ritalin (methylphenidate) and Vyvanse (lisdexamfetamine).

When is it recommended to switch From Adderall to Concerta?

Stimulants are powerful medications that wear off rapidly. They’re also completely eliminated from your body by the end of their specified duration, so it’s possible to stop taking them one day and start another stimulant on another. Your doctor will tell you how this transition should be made when changing from Adderall XR to Concerta.

How long does it take for Adderall XR to work?

It will take Adderall XR around 30 minutes to 1 hour to start working in your body for a duration of 10-12 hours. Duration times are just approximate.

How long does it take for Concerta to work in the body?

Concerta starts working in about 1 hour of taking the dose. Then, the drug is gradually released over time for a duration of 10-12 hours. Duration times are just approximate.

Forms and dosages of Adderall XR

Adderall XR (extended-release) is taken as a daily dose. It is available in capsule form in the following doses: 5 mg, 10 mg, 15 mg, 20 mg, 25 mg, and 30 mg. It is taken with or without food in the morning. Adderall XR capsules can be opened and mixed with food if required.

Forms and dosages of Concerta

In order for Concerta to work effectively, it needs to be taken whole. The tablet can not be crushed or chewed. It can be taken with or without food.

Adderall XR and Concerta side effects

The most common side effects of Adderall XR and Concerta in children, adolescents, and/or adults with ADHD are:

In rare instances, Adderall XR and Concerta can cause more serious side effects. These can include:

The Controlled Substances Act in the United States categorizes Adderall XR and Concerta as Schedule II controlled substances meaning they have a high potential for abuse and dependence.

There are many dangers to taking amphetamines at high doses and for long periods of time. Physical dependence means you need the drug in order to feel normal, but stopping can lead to symptoms like anxiety, confusion and mood swings which could turn into something worse such as hallucinations. You are also at increased risk of overdose, brain damage, and death. Psychological dependence also poses risks including cravings so strong they’re difficult to control and become a drug addiction.

Signs of substance abuse or addiction in a loved one include dilated pupils, sweating, reduced appetite, insomnia, anxiety, hallucinations, and paranoia. More serious problems are an increased risk of overdose, brain damage, and death. Long-term effects of abuse can include addiction, heart problems, psychosis, paranoia, and seizures.

Non-stimulant options for treatment of ADHD

The long-acting stimulant formulations are the first-choice treatment for people with ADHD. These drugs are designed to maintain the effect of medication throughout your day, so you can alleviate symptoms throughout the day.

If you decide that you would like to stop taking Adderall XR and switch to Concerta, speak with your healthcare provider who will instruct you on the best way to do this.

Get your Concerta medication for only $49 per month through NiceRx.