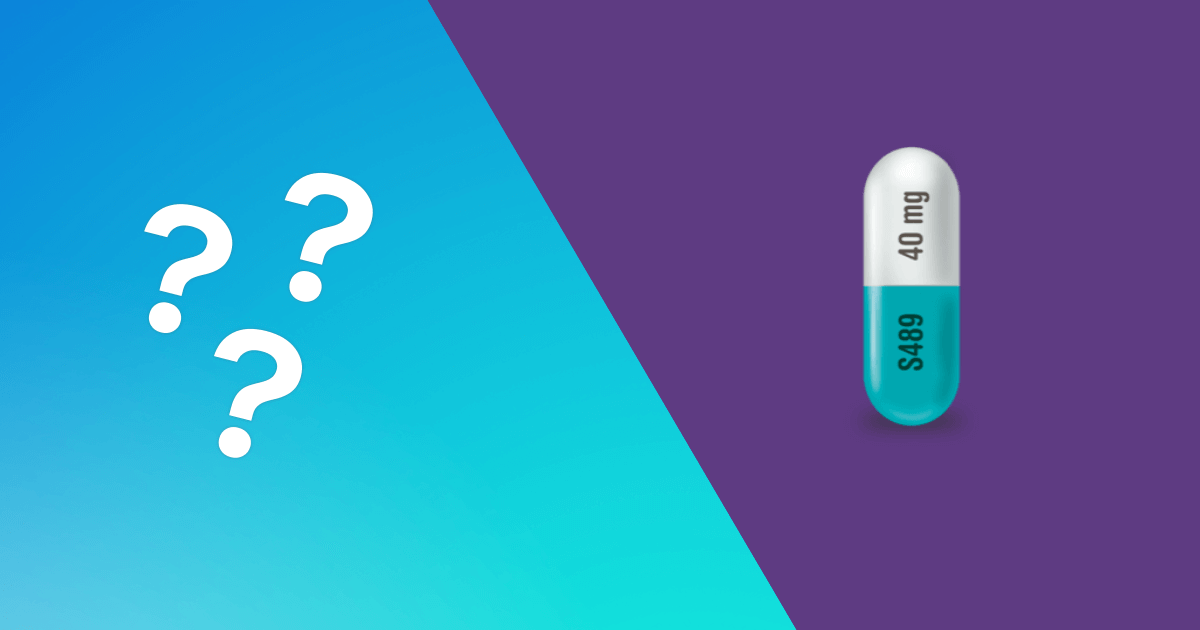 One of the main reasons you may be looking for a Vyvanse alternative is that, like any drug, this medication can come with several side effects. Common side effects of Vyvanse include blurred vision, dry mouth, irritability, loss of appetite, and insomnia to more serious side effects such as high blood pressure. Vyvanse may not be working well for you to treat your symptoms of ADHD (Attention Deficit Hyperactivity Disorder) but there are plenty of other treatment options to look at. Read on to find out more. Let’s take a quick look at Vyvanse before we dive into the alternatives.

Vyvanse is an FDA (U.S. Food and Drug Administration) approved medication manufactured by Shire PLC. Vyvanse is the brand name of lisdexamfetamine dimesylate, a derivative of amphetamine. It is a prescription drug belonging to a class of drugs known as Central Nervous System stimulants.

The active ingredient in Vyvanse is called lisdexamfetamine dimesylate. By working on the central nervous system, Vyvanse increases activity in areas of the brain that help you with your concentration and behavior. It works specifically on the chemicals dopamine and norepinephrine in the brain. These neurotransmitters, dopamine, in particular, are involved in feelings of pleasure, focus, and finding things interesting. Stimulant medications reduce the symptoms of ADHD, making conditions such as inattention, poor decision-making, and poor impulse control much less of a daily problem.

Vyvanse can also be used to treat moderate to severe binge eating disorders. Vyvanse is not however recommended for weight loss and obesity.

Is there a generic for Vyvanse?

Generic Vyvanse is not yet available in the United States. There are other ADHD medications with generic alternatives available.

What ADHD medications are alternatives to Vyvanse?

Choosing the best medication for the treatment of ADHD can be a long process involving adjusting the dosage to achieve the greatest effect with the fewest side effects. Your doctor must take into consideration your medical and personal history e.g. mental health conditions, genetics, and past side effects as well as other factors.

Below are some alternative medications, some are stimulant medications like Vyvanse, and others are non-stimulants.

As the primary active component in both medications is dextroamphetamine, they have similar effects. Differences are seen in the onset of action time. Vyvanse takes around three hours to work. If the chewable tablet is taken on an empty stomach it will take slightly longer. Adderall takes about two hours. The effects of both drugs persist for up to 16 hours. Unlike Vyvanse, Adderall is not approved for binge eating disorders. Adderall XR (extended-release) is a long-acting, once-daily formulation that is also available.

Concerta is a prescription medication used to treat attention deficit hyperactivity disorder (ADHD) in children aged six to 18 years, and sometimes in adults too. Concerta is taken orally as a tablet.

Vyvanse and Concerta have different active ingredients. The active component of Concerta is methylphenidate which works in a similar way to Vyvanse as they belong to the same class of drugs. Concerta does not last as long as Vyvanse, with therapeutic effects lasting only 12 hours for Concerta, versus up to 16 hours for Vyvanse. Unlike Vyvanse, Concerta is not approved for binge eating disorders.

Ritalin is a central nervous system stimulant just like Vyvanse. Like Concerta the generic name for Ritalin is methylphenidate. Ritalin is used for the treatment of ADHD and has an additional indication for narcolepsy that Vyvanse does not have.

Dexedrine is a psychostimulant medication prescribed to treat attention deficit hyperactivity disorder (ADHD). Dexedrine also acts on the central nervous system, increasing the number of neurotransmitters, dopamine and norepinephrine in the brain. Dexedrine helps to improve a person’s focus and concentration and reduces hyperactivity and impulsive behavior.

Dexedrine is composed completely of dextroamphetamine. It is available in tablet form and as capsules called Dexedrine Spansule. Dexedrine tablets are short-acting and effective for four to six hours. They are usually taken two or three times per day. Dexedrine Spansule is extended-release, and so is effective for eight to 12 hours. When the capsule is taken, a first dose is released immediately, and the remaining medication is released gradually. It is taken once per day.

Get your ADHD medication for only $49 per month

The generic name for Strattera is atomoxetine. It belongs to the drug class known as serotonin-norepinephrine reuptake inhibitors (SNRIs) and is not a central nervous stimulant like Vyvanse.

Intuniv is a prescription medicine used to treat ADHD alone or alongside ADHD stimulant medicine. As it belongs to a different class of drugs than Vyvanse, the side effect profile of this drug differs.

We have given you a few alternatives to Vyvanse to think about but you should always seek medical advice from your prescribing medical professional when changing medication. Never stop taking the medication without consulting your healthcare provider and always tell them what type of medications you are taking, including over-the-counter meds and supplements.

Why is Vyvanse so expensive?

Americans pay the highest prices in the world for brand-name medications. In 2016, the CDC found that 6.1 million (...

Vyvanse and Mydayis are both drugs for the treatment of attention deficit hyperactivity disorder (ADHD). They are b...

Get your ADHD medication for only $49 per month through NiceRx.