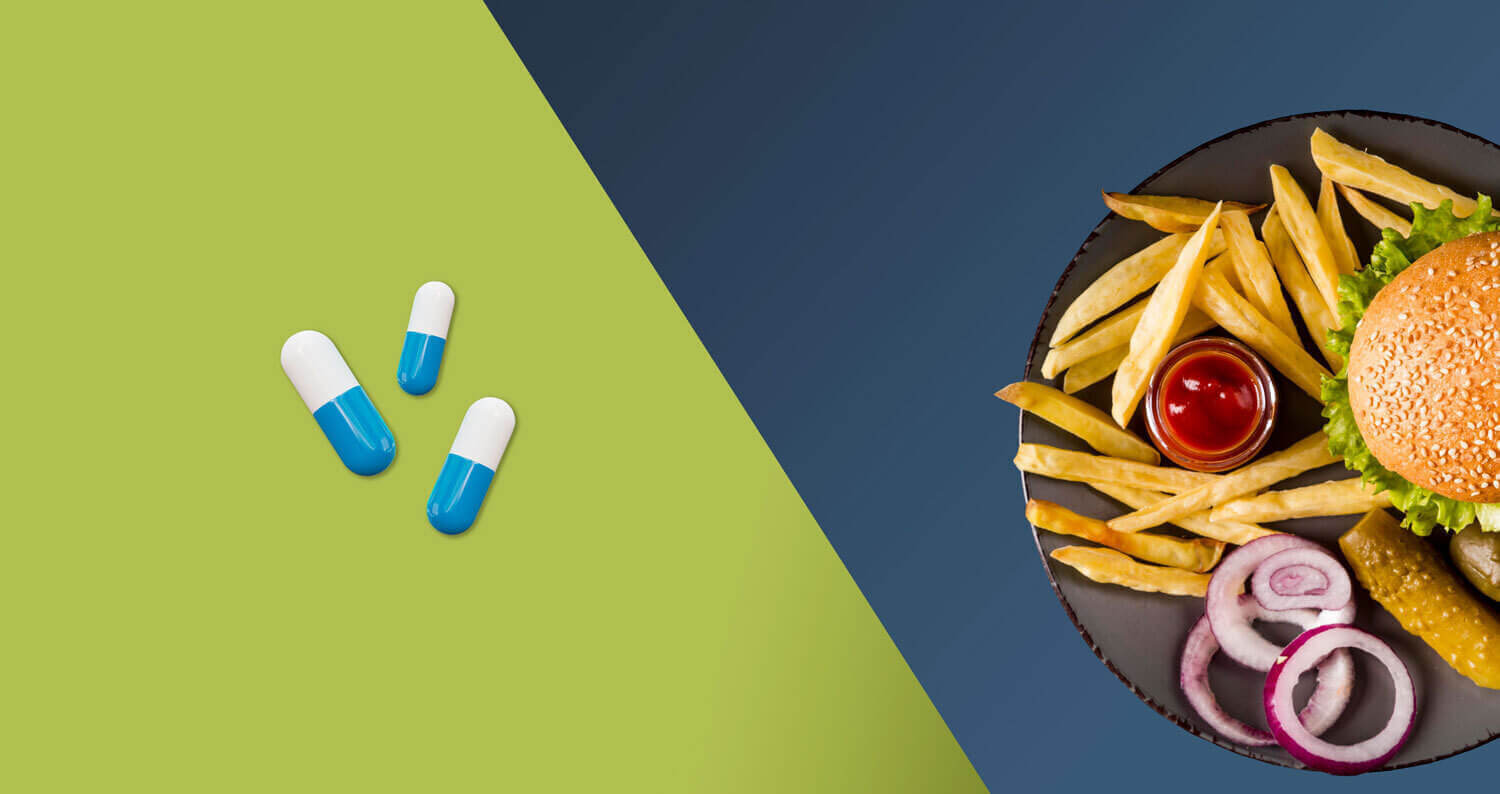 Vyvanse (lisdexamfetamine dimesylate), is a stimulant medication known mainly for treating attention deficit hyperactivity disorder (ADHD) but it also has the U.S. Food and Drug Administration (FDA) approval for the treatment of Binge Eating Disorder in adults. ADHD treatments are prescribed to control symptoms such as impulsive behavior and it is this effect that is thought to work well in binge eating disorders. The FDA and Shire Pharmaceuticals the manufacturers of the drug state firmly that Vyvanse is not a weight-loss drug. Let’s take a look at how Vyvanse works in more detail and how is it used in treating binge eating disorders.

Vyvanse is the brand name of lisdexamfetamine, an amphetamine, and also belongs to a class of drugs known as Central Nervous System (CNS) stimulants. This means it acts on your brain to increase activity and speed up mental and physical processes.

It is used to treat symptoms of

As a prescription stimulant medication, Vyvanse also falls into the category of a Schedule II controlled substance. This means there is a high potential of abuse with this drug leading to severe psychological and physical dependence. The FDA highlights this risk alongside possible heart problems and psychosis, which are more likely to occur when these stimulant medications are taken.

Neurotransmitters are produced naturally in your brain and body. They are signal molecules that allow messages to travel from nerve to nerve, regulating brain activity and playing a role in thinking and behavior.

What are the key uses for Vyvanse?

Binge Eating Disorder (BED) is an eating disorder where you compulsively eat large amounts of food (binge eating). You may feel out of control when you do this, and you can not stop yourself. BED receives less media attention than other eating disorders, but it may be the most common eating disorder.

Unlike the similar eating disorder bulimia, people with BED don’t purge the food afterward (such as by vomiting). Because of this, it can result in weight gain and obesity. This can lead to health problems, but also mental health issues like feelings of guilt, low self-esteem, depression, and social isolation.

It’s thought that the increase in attention and control, and the decrease in impulsivity that Vyvanse can cause also help people reduce their binge eating.

While Vyvanse can cause weight loss as a side effect, it is not approved for weight loss by the FDA. Vyvanse should only be used to treat ADHD and BED.

While one side effect of Vyvanse suppresses the desire to eat, other effects such as increased heart rate and blood pressure and raised body temperature can also cause weight loss. These physical effects of the medication on the body can increase your metabolism and some people who still eat regularly while taking Vyvanse may experience weight loss without changes to their diet.

Attention deficit hyperactivity disorder (ADHD) affects the development of your brain. It’s usually diagnosed in childhood, often between the ages of six and 12.

ADHD symptoms include problems with paying attention, impulsive behavior, regulating emotions, mood swings, and can cause restlessness and excessive activity. It can make it difficult to focus, multitask, organize yourself, and manage your time. Because of this, ADHD can disrupt your school or professional life, and the lives of people around you.

Research has shown that Vyvanse can ease the symptoms of ADHD and improve the quality of your life. It’s thought that the increase in neurotransmitters it causes, improves your focus, attention, and reduces hyperactivity and impulsivity.

How long does Vyvanse last?

Vyvanse is slower acting and has a longer duration of effect than some other central nervous system stimulants. This is because your body must convert the active ingredient lisdexamfetamine into dextroamphetamine before Vyvanse has any impact. Vyvanse also contains an ingredient called lysine (an amino acid) that slows down how quickly lisdexamfetamine can be converted into dextroamphetamine. Vyvanse usually takes around two to 12 hours to affect you. Its effects can then last up to 14 hours.

How to make Vyvanse last longer?

Some people may find that Vyvanse doesn’t last for quite as long as they’d like it to. A quick search online reveals pages and pages of advice on what you can do to prolong the effects of Vyvanse, from eating large meals when you take it, to using magnesium supplements.

There’s no scientific research behind any of this advice, so it’s best if you ignore it. If you feel your Vyvanse dose isn’t right, you should talk to your doctor about changing it (never change your dose yourself). Learn more about how to make Vyvanse last longer.

What are the side effects of Vyvanse?

If you take Vyvanse you may experience side effects.

The most common side effects caused by Vyvanse in adults taking it for BED include:

The more serious side effects that Vyvanse can cause include:

Vyvanse can cause some sexual side effects. These include erectile dysfunction and prolonged erections for men. Both men and women can experience changes in their desire for sex (libido) too, both decrease and increase.

What precautions should you take with Vyvanse?

Vyvanse isn’t suitable for everyone. You should speak to a healthcare professional for medical advice. You shouldn’t take Vyvanse if you:

It is important to talk to your physician before taking Vyvanse if you:

Lisdexamfetamine is converted in your body into dextroamphetamine, which is an amphetamine. Amphetamines can be used as a recreational drug. This is where they aren’t used as prescribed or to treat an indicated medical condition.

Recreational use, particularly heavy use of amphetamines, can lead to physical dependence (addiction). It can alter the way your body works. You can also become more tolerant of them, requiring higher doses to get the desired effect.

Vyvanse has less potential to be used recreationally than other amphetamines, as it’s slower acting, and won’t be absorbed quicker if it’s crushed or ground up. If used as directed by a doctor to treat ADHD or BED, it shouldn’t become addictive. Research has also shown that long-term use of stimulants from childhood to treat conditions like ADHD reduces the chances of addiction. Your healthcare provider should assess your risk of Vyvanse addiction before prescribing and should monitor you while you take it.

What are Vyvanse’s drug interactions?

What is the difference between Adderall and Vyvanse?

Adderall is a similar medication to Vyvanse. Both are central nervous system stimulants derived from amphetamines, and both are used to treat ADHD. Vyvanse is also used to treat BED, but Adderall isn’t.

Although the two medications are similar and work in a similar way, they contain different active ingredients. Adderall contains four different kinds of amphetamine salts, whereas Vyvanse only contains levoamphetamine, which is converted to dextroamphetamine inside your body.

Both Vyvanse and Adderall are effective treatments for ADHD, and they cause similar side effects. Vyvanse only has an effect once it’s been converted in your body, it’s thought to have a lower risk of abuse than Adderall.

How does Vyvanse make you feel?

People react to medications differently. Vyvanse can improve your focus, make you feel more alert, and help reduce impulsivity. It can have side effects though. Some people report that Vyvanse makes them feel tired, irritable, and nauseated. These side effects are felt less often than the benefits of Vyvanse.

This varies by person. It depends on your condition, your health, and how you react to the meds. For most people, Vyvanse takes between two to twelve hours to affect you.

How long does Vyvanse stay in your system?

This depends on how your body reacts to the medication and the dose you take. On average, Vyvanse stays in your blood for up to eight hours and in your urine for around three days.