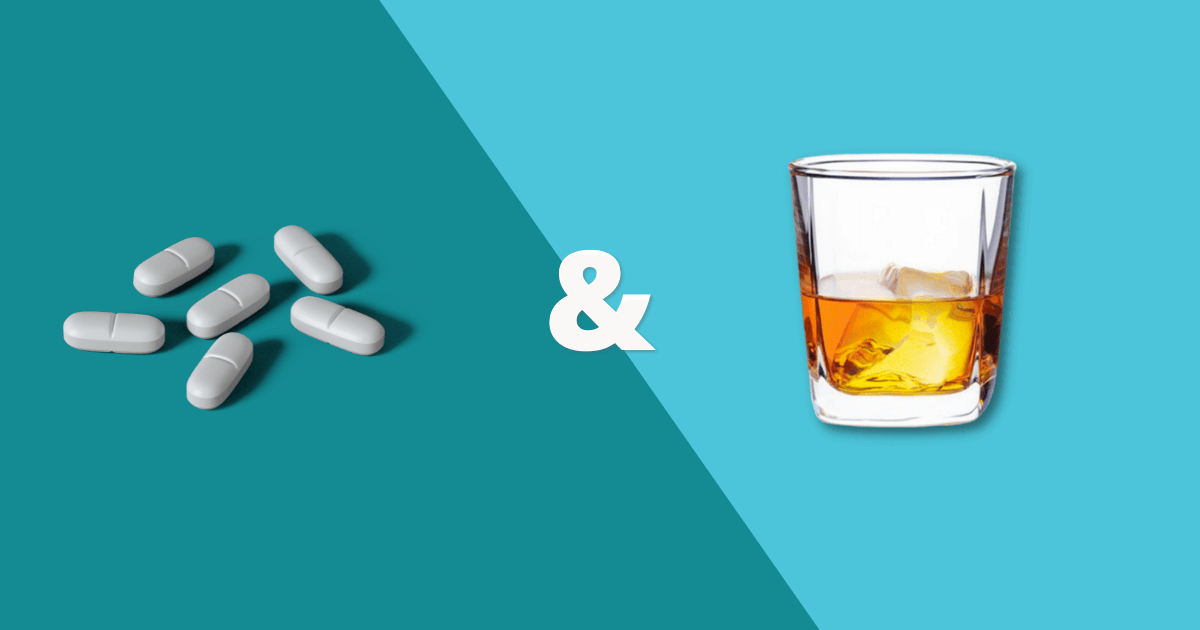 Did you know that alcohol is the third-leading preventable cause of death in the United States? Alcohol-related deaths are estimated at 95,000 deaths per year in the US. Problem drinking can take many forms, one of which is mixing alcohol with prescription drugs. Is this something you are worried about? Mixing alcohol and prescription drugs is a real danger. You’ve probably seen the warning on medicines you’ve taken. Let us look at 10 prescription drugs in particular that you should not take with alcohol.

What Are Prescription Drugs?

Prescription drugs are medicines that can be given by your doctor with a medical prescription. These drugs are safe and effective when used under a doctor’s supervision. When prescription drugs are misused, they can commonly become addictive and dangerous, particularly when combined with alcohol. Drugs such as opioid painkillers, antidepressants, and stimulants are some of the most frequently abused prescription medications.

In contrast, over-the-counter medications do not require a prescription. These medicines can however still cause problems when combined with alcohol too. Some medications such as painkillers and cough, cold, and allergy remedies contain ingredients that can react with alcohol. For example, Tylenol Cold and Flu (acetaminophen/dextromethorphan/guaifenesin/phenylephrine) or an antihistamine such as Zyrtec (cetirizine) taken short term with alcohol can cause health problems. Cold and allergy medications are taken innocently for immediate relief of symptoms but can also interact dangerously with alcohol causing liver damage and other serious side effects.

What Are the Side Effects of Prescription Drugs and Alcohol?

Most medications cause minor side effects on their own, such as drowsiness, nausea, vomiting, loss of coordination, and changes in blood pressure. Long-term side effects with prescription drugs such as heart problems and liver damage also are possible and vary from drug to drug. If we decide to mix alcohol with prescription medications potentially far more harmful interactions can happen in three ways:

Let us look at specific prescription drugs that are most likely to interact dangerously with alcohol making them harmful.

Drugs in this category include oxycodone, codeine, hydrocodone, and morphine. These are pain medications that are addictive making them dangerous enough when taken on their own. Illicit drugs in this category are heroin and cocaine which lead to substance abuse on a much greater scale.

The combination of opioid painkillers and alcohol dramatically increases drowsiness, confusion, hallucinations, and overdose. Taken together, alcohol and prescription pain medications cause slow breathing and loss of motor control. A 2017 study published in the American Society of Anesthesiologists showed that drinking even a modest amount of alcohol with one oxycodone tablet caused significant breathing problems.

Another study has shown that taking long-acting/extended-release opioid painkillers with alcohol can cause rapid release and absorption of the drug into the body leading to a fatal risk of overdose.

Antidepressant drugs include escitalopram, citalopram, fluoxetine, and sertraline. They work by correcting chemical imbalances in the brain that affect changes in mood and behavior. Alongside medication, talking therapy such as cognitive behavioral therapy may be offered as a tool for individuals to understand their mental health condition.

When you drink alcohol with anti-depressants they work less effectively and symptoms of depression can intensify. Cognitive processes like memory or thinking can be distorted. You may feel very drowsy or sedated. Older classes of antidepressants, called monoamine oxidase inhibitors are sometimes used for patients. This type of antidepressant can damage the heart when mixed with alcohol causing high blood pressure, increased risk of blood clots, and heart attack. This can all lead to lasting harm or can even be life-threatening.

Ritalin, Adderall, and Concerta are stimulants that when combined with alcohol mask the effect of alcohol. This makes it extremely difficult to judge a person’s level of intoxication, which can lead to overdrinking. An individual will experience an increase in heart rate, arrhythmia, high blood pressure leading to a possible heart attack or stroke.

People who take antipsychotics like Seroquel or Zyprexa suffer from conditions like schizophrenia, personality disorder, and some forms of bipolar disorder. These conditions can be managed so the individual can lead a happy life but people who struggle with schizophrenia and other related conditions will likely abuse all kinds of substances, especially alcohol, and marijuana. Mixing alcohol with antipsychotics makes the prescription medicine less effective, so hallucinations and delusions may return. Antipsychotics can lead to sedation, sleepiness, or excessive fatigue, and drinking too much can enhance these effects.

Alcohol and cholesterol-lowering medications e.g. Atorvastatin, Simvastatin, and Rosuvastatin can lead to liver damage and internal bleeding. Just having one drink per day while taking cholesterol medications, may be increasing your risk of developing problems.

Benzodiazepines are used mainly as an anti-anxiety medication to relieve symptoms such as restlessness and feelings of danger/panic or intense worry. Alcohol and benzodiazepines, such as Xanax and Valium, together cause a synergistic effect that can make you pass out and stop breathing. A synergistic effect gives rise to a greater, more powerful effect than if the two substances worked alone. Side effects of mixing alcohol with Xanax include drowsiness, dizziness, memory loss, loss of consciousness, and death.

Mixing arthritis medications with alcohol can increase your risk for stomach ulcers and bleeding in the stomach, as well as liver problems. Medications for this condition include Celecoxib, Naproxen, and Diclofenac, and should not be taken with alcohol.

Muscle relaxants are generally used to treat spasms in the back and neck to help reduce pain. Drugs in this category work in different ways, some work on the central nervous system, and others work on the muscle directly.

Serious side effects are seen when combining these medications with alcohol, including drowsiness, slow breathing, memory loss, reduced motor control, and seizures. Medications such as carisoprodol, cyclobenzaprine, and metaxalone should not be taken with alcohol.

Mixing alcohol and sleeping pills is another dangerous combination. These drugs work in a way that slows down activity in the brain to aid a person to fall asleep. Combined with alcohol, coordination is seriously affected. Memory problems and disruption to the central nervous system results in passing out. Drugs such as Ambien, Lunesta, and Sonata are used to aid sleep.

Heparin, Coumadin, and Lovenox are blood-thinning medications known as anticoagulants designed to reduce your blood’s ability to clot. At the same time, this means you are more likely to bleed easily.

Some people may use prescription medications and alcohol together to deliberately intensify the effects of both substances. These patients must get help from a treatment center that specializes in substance abuse. The National Institute on Drug Abuse states “prescription painkillers, sedatives, antidepressants, and antipsychotics are the most commonly used drugs mixed with alcohol. There are many treatment options available for addiction treatment including detox.

So many of the interactions between drugs and alcohol are dangerous, you must never mix alcohol with any drugs without first consulting a physician. The effects of alcohol with prescription drugs are unpredictable causing health problems for you and in turn worry for loved ones. Getting help is essential if you or someone you care about is struggling with alcohol and prescription drug abuse.

After a diabetes diagnosis, some people decide to give up alcohol but this will not suit everyone. It is important ...

Blood pressure can be described as the measure of force your heart uses to pump blood around your entire body. This...

You have probably experienced some unpleasant side effects if you’ve mixed drinking with prescription medicat...