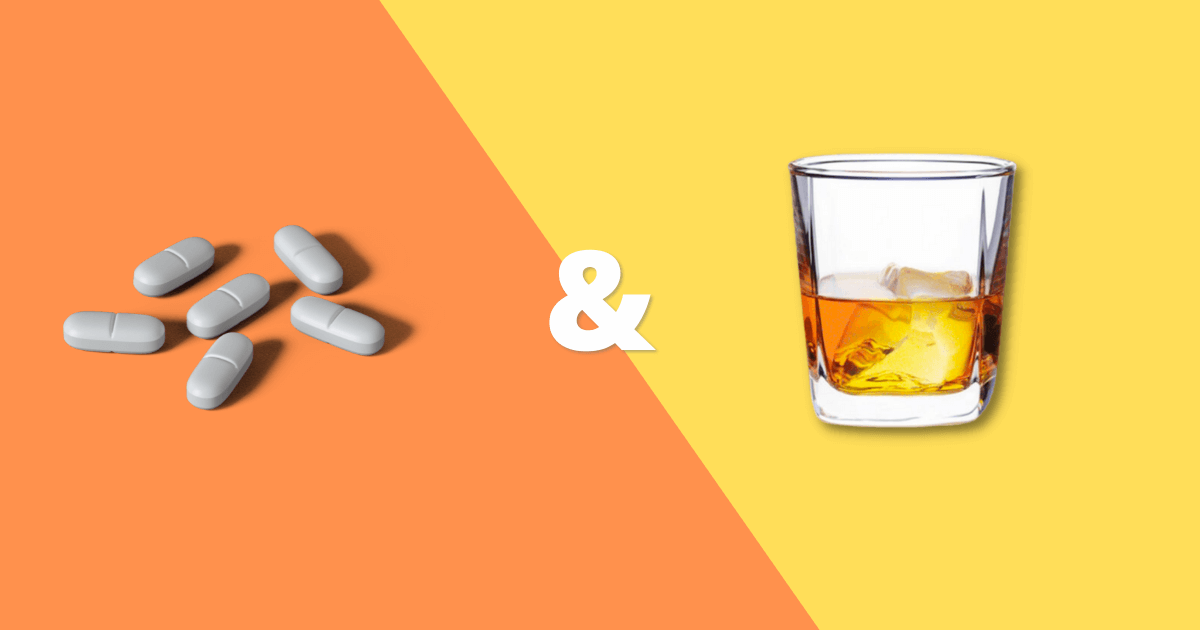 Taking antidepressants and drinking alcohol together are strongly discouraged by healthcare professionals. Both work on slowing down the central nervous system causing drowsiness, sedation, and impairment. When taken together however they can create health problems for you, impact your mental health further, cause challenges in your home life with loved ones, and other serious concerns. In the US, 13.8 million people received treatment for depression in 2020. People tend to forget that antidepressants can have dangerous side effects and interactions with alcohol because of how commonly they’re used. Read on to find out how drinking can make depression symptoms more severe and harder to treat.

How do antidepressants work?

Antidepressant medications generally work by balancing neurotransmitters such as serotonin, norepinephrine, dopamine, and gamma-aminobutyric acid in the brain. By rebalancing their levels symptoms of depression can be prevented from worsening.

What are the effects of alcohol on different types of antidepressants?

There are various classes of antidepressants:

Certain alcoholic beverages contain a substance called tyramine that can cause serious side effects if consumed while on an MAOI. Side effects include a sudden, dangerous increase in blood pressure. Doctors will advise you against alcohol use if you are taking an MAOI. Tyramine is also found in certain foods, so your healthcare provider will give you advice on which foods to avoid. Excessive tyramine in the body can also cause dangerously high blood pressure. Marplan (isocarboxazid), Nardil (phenelzine), and Emsam (selegiline) are commonly prescribed MAOIs.

SSRIs don’t usually cause problems if someone drinks while taking them, but these medications can make patients drowsy, and alcohol can intensify this effect.

SNRIs are similar to SSRIs and are intended to be more effective anti-depressant than SSRIs.  There is evidence that some people may respond better to SSRIs, while others respond better to SNRIs. Examples of SNRIs include Cymbalta (duloxetine), Pristiq (desvenlafaxine), Effexor (venlafaxine) and Fetzima (levomilnacipran).

TCAs show their greatest side effects during the first few weeks of treatment. At this point, it is not a good idea to consume alcohol. A few weeks after side effects have passed it’s generally considered safe to drink small amounts of alcohol. Elavil (amitriptyline), Silenor (doxepin), and Pamelor (nortriptyline) are commonly prescribed TCAs.

How is my mental health affected by drinking alcohol?

Medication can worsen the effects of alcohol, while alcohol can worsen antidepressant side effects. When you have depression, you have an increased risk of developing a substance use disorder. Therefore mixing antidepressants with alcohol can lead to alcohol abuse, causing you to have the potential to become alcohol dependent. If you drink and develop an addiction to alcohol, it will become more difficult for you to control your symptoms of depression and get your alcohol consumption under control. You may need more frequent and long-term treatment if you have both an alcohol use disorder and depression.

The combination of alcohol and antidepressants can be very challenging if someone is drinking, binge drinking, heavy drinking, or has an alcohol use disorder prior to taking the antidepressants. Furthermore, if someone decides to stop taking drugs for depression and starts drinking alcohol for symptom management instead, they can worsen their symptoms of depression, in some cases leading to suicidal thoughts.

Antidepressants are a useful option for depression but there are other ways to help you cope with your symptoms of depression. Your healthcare provider can discuss other means of help. There is a nationwide network of addiction treatment centers that use behavioral health and have medical care professionals to help treat substance use disorders and underlying mental health conditions.  If you’re concerned about your or a loved one’s alcohol use, joining a support group or a program such as Alcoholics Anonymous may help. The National Alliance on Mental Illness is also a useful resource that provides support and information to individuals with mental illness.

Viibryd and alcohol: can they be used together?

Viibryd is an FDA-approved antidepressant medication. It contains the active ingredient vilazodone which is classed...

Vraylar and alcohol: can they be used together?