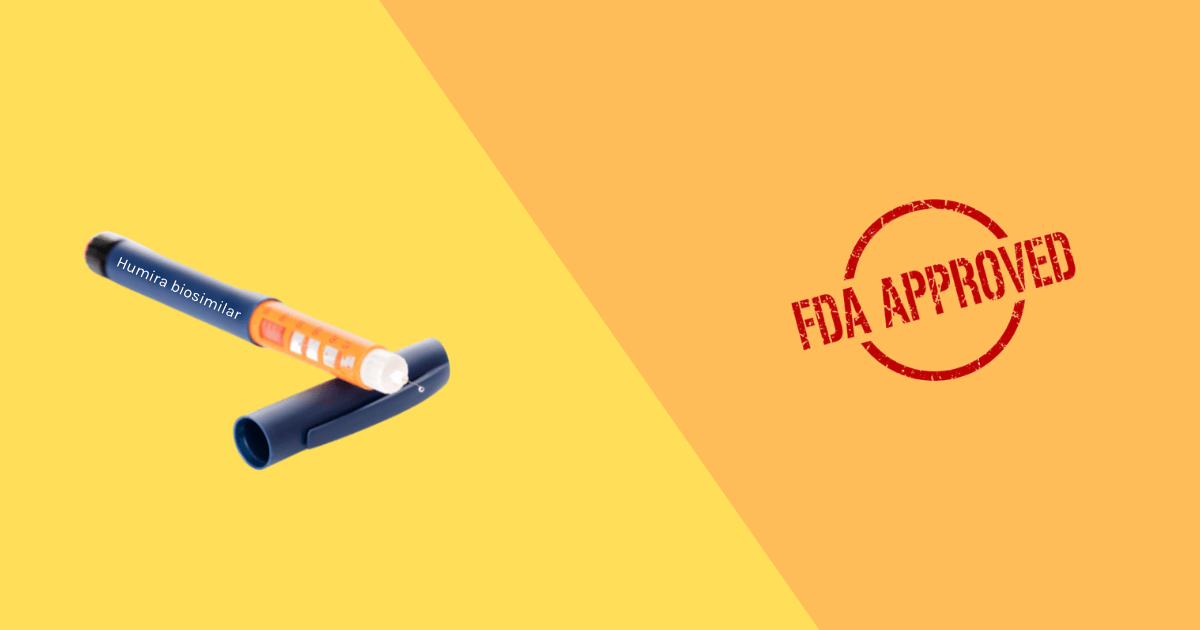 Humira is an expensive biologic medicine that is widely used to manage symptoms of rheumatoid arthritis (RA) and several other autoimmune conditions. It’s a tumor necrosis factor (TNF) blocker drug and is one of the top-selling prescription drugs in the world. The manufacturer, Abbvie, reported net revenue of $17.33 billion in 2021 in the United States for Humira.

What is Humira (adalimumab)?

Humira is a monoclonal antibody that binds to TNF alpha, inactivates TNF alpha receptors, and reduces the effects of a substance in the body that causes inflammation.

It is FDA-approved for the treatment of:

Humira is manufactured by Abbvie and was first approved by the FDA in 2002. Sales of AbbVie’s blockbuster drug Humira have accelerated since the date it was initially approved.

Which biosimilar versions of Humira have been approved by the FDA?

The following Humira biosimilars have been approved by the FDA:

What’s the difference between a biosimilar and a generic drug?

A biosimilar is a biologic medical product that is similar to another already-approved biological product, or “reference product.” Both are derived from living organisms and are manufactured through highly controlled biotechnology processes. Generic drugs are copies of brand-name drugs and are approved by the U.S. Food and Drug Administration (FDA) to be interchangeable with the brand-name version.

While generic drugs must have the same active ingredient as the brand-name drug, biosimilars may have minor differences in their manufacturing process or inactive ingredients. Biosimilars must also meet the FDA’s safety, efficacy, and quality standards.

Unfortunately, there is no generic Humira available. As Humira is a biologic product, lower-cost biosimilar versions of Humira are expected to become available sometime in 2023.

Is there a cheaper alternative to Humira?

How much will Humira biosimilar cost?

As there are no biosimilar versions of Humira yet on the market in the United States, it is not yet possible to know the estimated price. However, 7 biosimilar versions of Humira have already been approved by the FDA by separate drugmakers that will likely compete for market share which ultimately leads to lower prices for consumers, as is the case with generic drugs.

When will Humira biosimilar become available?

Amjevita and Cyltezo were the first biosimilar versions of Humira to be approved by the FDA. Although the first Humira biosimilar, Amjevita, was approved by the FDA in 2016, the manufacturer of Amjevita, Amgen, agreed to a settlement with the manufacturer of Humira, Abbvie, not to sell the product in the United States until January 31, 2023. Similarly, Pfizer had also reached a settlement agreement with Abbvie that prohibits the sale of Pfizer’s biosimilar, Abrilada, until November 20, 2023. As a result, the first expected version of Humira biosimilar is expected sometime in 2023.

How do you use Humira?

Humira should be stored in its original packaging in a refrigerator (36°F to 46°F) until you are ready to start using it. You can leave your Humira prefilled syringe or pen out of the refrigerator for 15 to 30 minutes before injecting it. You should not use the product if the liquid is cloudy or discolored, or if it has flakes or particles in it.

When using the Humira Pen:

If you forget to take Humira, inject a dose as soon as you remember. You should then take your next dose of Humira at your regular scheduled time.

What are the side effects of Humira?

The most common side effects of Humira are:

Taking Humira can also increase your risk for serious infections that could lead to a hospital stay or death.

How much does Humira cost?

Why is Humira so expensive?

Biosimilar vs generic: which is better?

What is a biologic drug? Biologic vs Biosimilar

Biologic drugs provide more treatment options for patients who have serious health conditions or who have previousl...

Humira side effects and how to avoid them

Humira is a biologic medication used to treat autoimmune diseases like rheumatoid arthritis and similar inflammator...